Oct 23, 2018 Delhi: Tibetan Youth Congress (TYC), the largest Tibetan NGO in exile is organizing a protest in the nations capital coinciding with the visit of Chinese leaders to India. A delegation including China’s Minister of Public Security Zhao Kezhi and other high-level Ministers from the TAR are here to have talks with the Home Minister Rajnath Singh and the Indian PM Narendra Modi today.

TYC expresses serious concern on the current critical situation in Tibet and urges Indian leaders including PM Modi to bring up the issue of Tibetan freedom with their Chinese counterparts.

While we recognize that this meeting is a great opportunity for India and China to push for progress, we strongly urge for Indian leaders to hold the Chinese leaders responsible for their actions in Tibet. The current Chinese Communist Government is directly responsible for the current spate of tragic events unraveling inside Tibet including Human Rights Violation and restriction on freedom of religion. Over 150 Tibetans have self-immolated inside Tibet since 2009. The fate and conditions of the others are still not known. Protests are taking place randomly across the plateau, demanding the return of His Holiness the Dalai Lama, Freedom for Tibet and Independence for Tibet.

India is the largest democratic country in the world built on the principles of basic human rights. TYC President Tenzing Jigme states, “Tibetans remain forever grateful to this great nation for the kindness and support it has shown to the Tibetan people and the opportunities for Tibetans to voice their concerns for the situation inside Tibet”. As we forge our movement forward we are constantly reminded of the struggle and the determination of the Indian freedom fighters who got rid of the British occupation while remaining steadfastly committed to the principles of human rights, freedoms, ahimsa and non-violence.

We believe it is time for PM Modi and Indian leaders to confront the Chinese Government on the issue of Tibet and use diplomatic measures sending a strong message that human rights and human lives are as important as trade and economy. 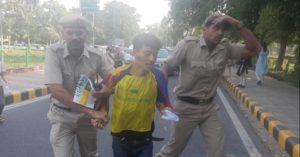 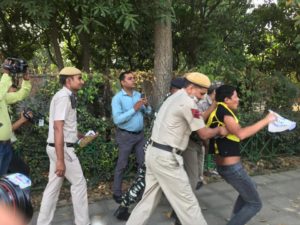 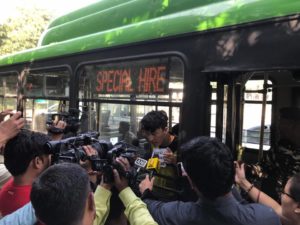 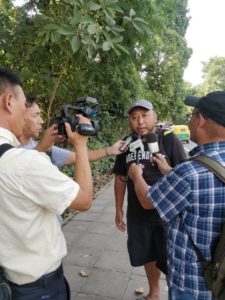 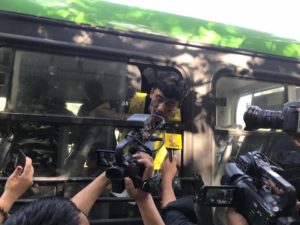