Dehradun Aug 6: Tibetan Youth Congress (TYC) inaugurated the 49th Working Committee Meeting in Dekyiling Tibetan Settlement, Dehradun on the 6th of August 2018 and is to be held till 10th August 2018. The meeting is attended by around 35 Regional Tibetan Youth Congress chapters from India and Nepal with 150 delegates. Since its establishment in 1970, TYC has been holding Working Committee Meeting every year.

TYC President Tenzing Jigme in his address spoke about the organisation’s aims and goals for the future and urged all members to make sacrifices and take responsibility for themovement. He also spoke on the significance of TYC as it being the organisation that keeps the flames of freedom and independence alive and also introduced some of the campaigns of TYC this year.

Chief Guest Kasur Gyari Dolma addressed on the need for unity in Tibetan society despite having difference in opinion. She also spoke about her days as an executive member of TYC and how TYC is one of the major organisations that works for Tibet as a whole without any regional bias and the only organisation that threatens Communist Party of China. In her speech, she said that, “the Strasbourg Proposal suggested by His Holiness the 14th Dalai Lama in 1988 at the European Parliament has also caused debates regarding the aims and objectives of TYC where issues of reform in TYC’s aims and objectives were brought up but post nullification of the Strasbourg Proposal in 1991, it was made clear that there would be no reform in the aims and objectives of TYC.”

The opening ceremony was concluded with a word of thanks by Vice-President Tamding Hrichoe la. The meeting will end on Aug 10, where resolutions on how to strengthen our struggle, improve the organisation and build unity in the community will be adopted for TYC and its chapters.

Tibetan Youth Congress is the largest Tibetan NGO in exile with around 80 chapters worldwide working towards the freedom and independence of Tibet. 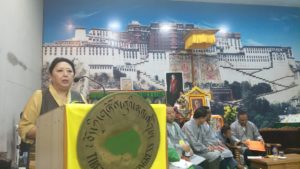 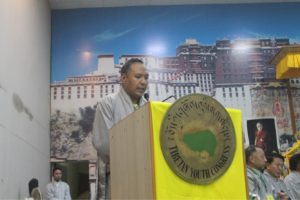 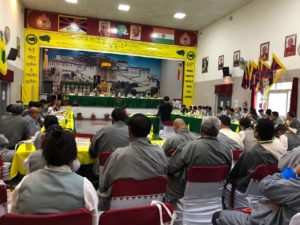